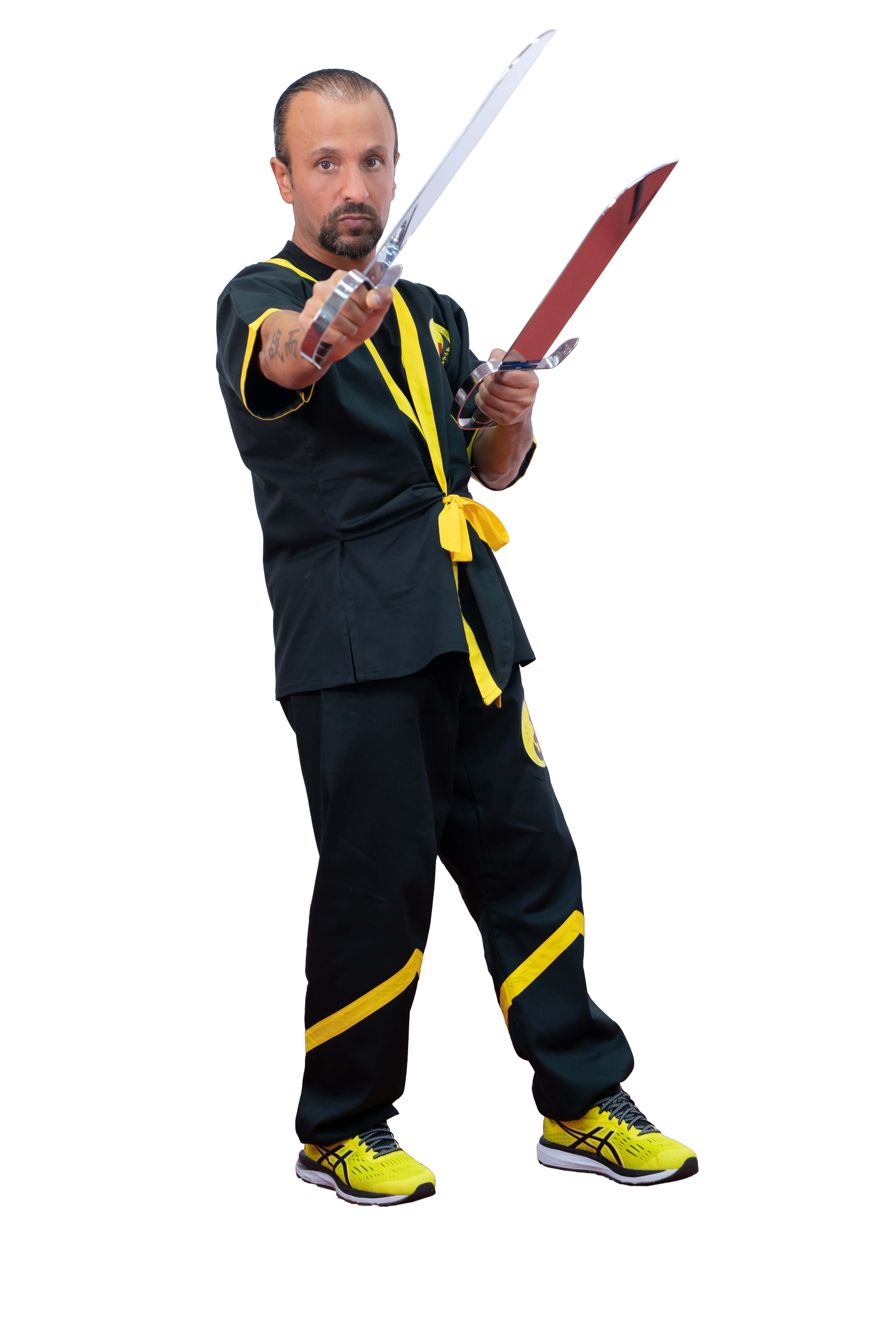 Her first student was called Yim Wing Tzun. Later Wing Tzun Kung Fu was named after her. Wing Tzun is not to be called a martial art. This is especially due to the fact that it does not take place on competition level, but serves the pure self-defense. The basic principle of Wing Tzun is to make use of the power of the opponent by directing the power of an attack away from one's own body instead of blocking it. This makes Wing Tzun an effective form of self-defense. Since the training is only about learning techniques and not about physical hardening, there are hardly any injuries. A special characteristic of the Wing Tzun is generally thinking in principles, which should serve the orientation and make it generally valid, so that both in training and in case of emergency it is clear, what is to be done.

In Wing Tzun the movements are mostly short and direct, i.e. straight. No rigid muscle power is used, but rather the elasticity and reflexes of the own musculoskeletal system. This is done by a combination of weight shifting (step technique) and fast, spontaneous stretching movements.

Today there are thousands of members worldwide (in more than 56 countries) who learn this martial arts system, which was further developed by Leung Ting, Yip Man's last master student (closed door student).

In Wing Tzun there are 5 distances that can include a combat situation:

In addition there are 4 power principles and 4 fighting principles:

Lat Sao means free fight. Here two partners learn to face a potential fight and apply the skills they have learned without seriously injuring themselves, as the techniques are not performed with full force. Thus the own abilities are examined without having to be afraid to seriously hurt the partner.

Chi Sao is often referred to as the actual soul of Wing Tzun. Without Chi Sao, the whole system would only be a collection of different movements. Chi Sao is the training of defensive reflexes via the sense of touch and not, as is often the case with seeing. These "tactile reflexes" are much faster than the reaction via the sense of sight. In addition, the student is taught how much counter-pressure he or she has to react to the pressure exerted by the other person. Because too much counter-pressure would be a waste of energy and too gentle Counterpressure might be pushed away. In this way the students learn to become aware of their own strength and to assess it correctly. Chi Sao thus provides a kind of flowing connection between the movement sequences that were previously learned in the forms.

Chi-Kwan is, like Chi Sao, the feeling of enemy attacks with the long stick, without being dependent on optical stimuli.

There are 6 forms in Wing Tzun. The forms are fixed sequences of techniques that each student performs alone. They serve to teach the student the basic techniques of Wing Tzun.

The most basic arm techniques are practiced in isolation or in simple combinations. Leg techniques occur here in the form of stable standing. An important aspect of this form is the posture and the relationship between tension and relaxation.

Previously referred to as an emergency form, in which techniques are learned to return from unfavorable combat positions to promising ones.

Serves as a substitute for a training partner and for intensity-oriented training. Movements are rehearsed here and mistakes are eliminated.

Like the "double knives", this form was only later added to the weaponless forms. For the long stick there are so called 6 ½ points, or basic techniques, is therefore also called "6 ½ point long stick technique". The training serves above all to strengthen the wrist and forearm strength.

This form is probably the best kept secret of the Wing Tzun. In this form there are 8 sections that contain different attack and defense techniques. This form is especially about speed, because you can't train emotionally like in unarmed combat or with the long stick.