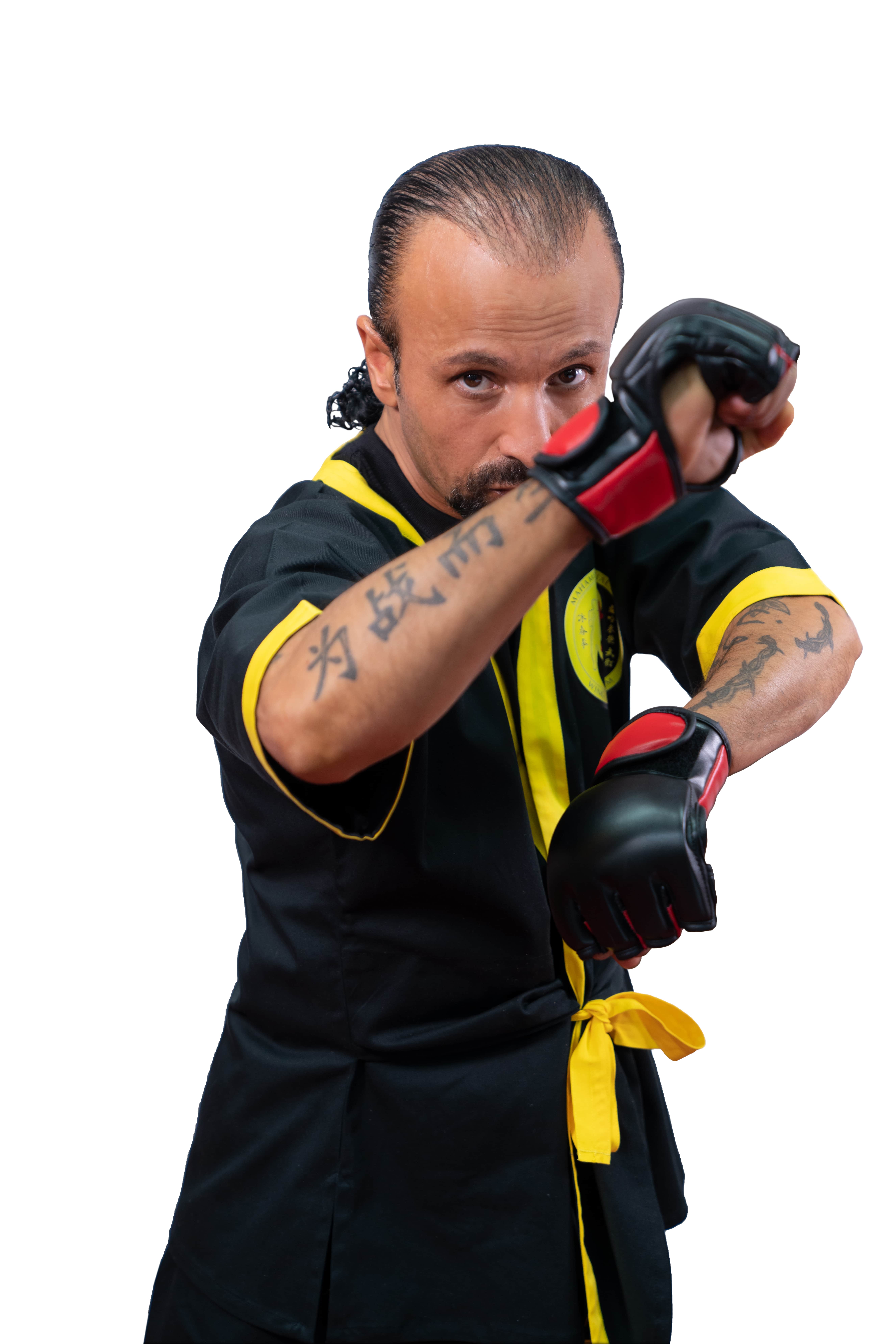 Sifu Hassan Mahamid, who has been involved with, practicing and teaching various martial arts and martial arts since 1986, wants to create with Mahamid Martial Arts Wing Tzun System a modern and for today further developed form of self-defense, which is based on the classical Wing Tsun but adapts to the requirements of our time. Here skills such as concentration, timing and explosiveness are taught. Wing Tzun also develops strategies and tactics for various everyday situations and tries to remain able to act in every situation. The training of reflexes and reactions is a main part of the training.

Spiritual and physical harmony is achieved through various meditation and breathing exercises.

Many students and instructors, like him, have experienced that learning this martial art (Wing Tzun ) often involves high costs for exams and seminars and a long waiting time between the exams, which slows you down, so that you only reach your goal very slowly. That must have an end! To give everyone the chance to learn this beautiful martial art (Wing Tzun), Sifu Hassan Mahamid would like to offer his students an optimal and effective training with Wing Tzun:

So the training is also suitable for competitive athletes, besides people who otherwise have little to do with martial arts or martial arts, but want to do some form of self-defense. They get the opportunity to develop further or to get fit for a competition.

The motto of Sifu Hassan Mahamid is: "Learn everything which is useful and throw out the uselessness and be always ready to broaden your horizon no matter which goal you pursue". To the best of his knowledge and belief, he passes this experience and attitude towards life on to his students and encourages each according to his individual possibilities. Benefit from his many years of martial arts experience. He is happy about everyone who is interested in this martial art; he is always available for questions.