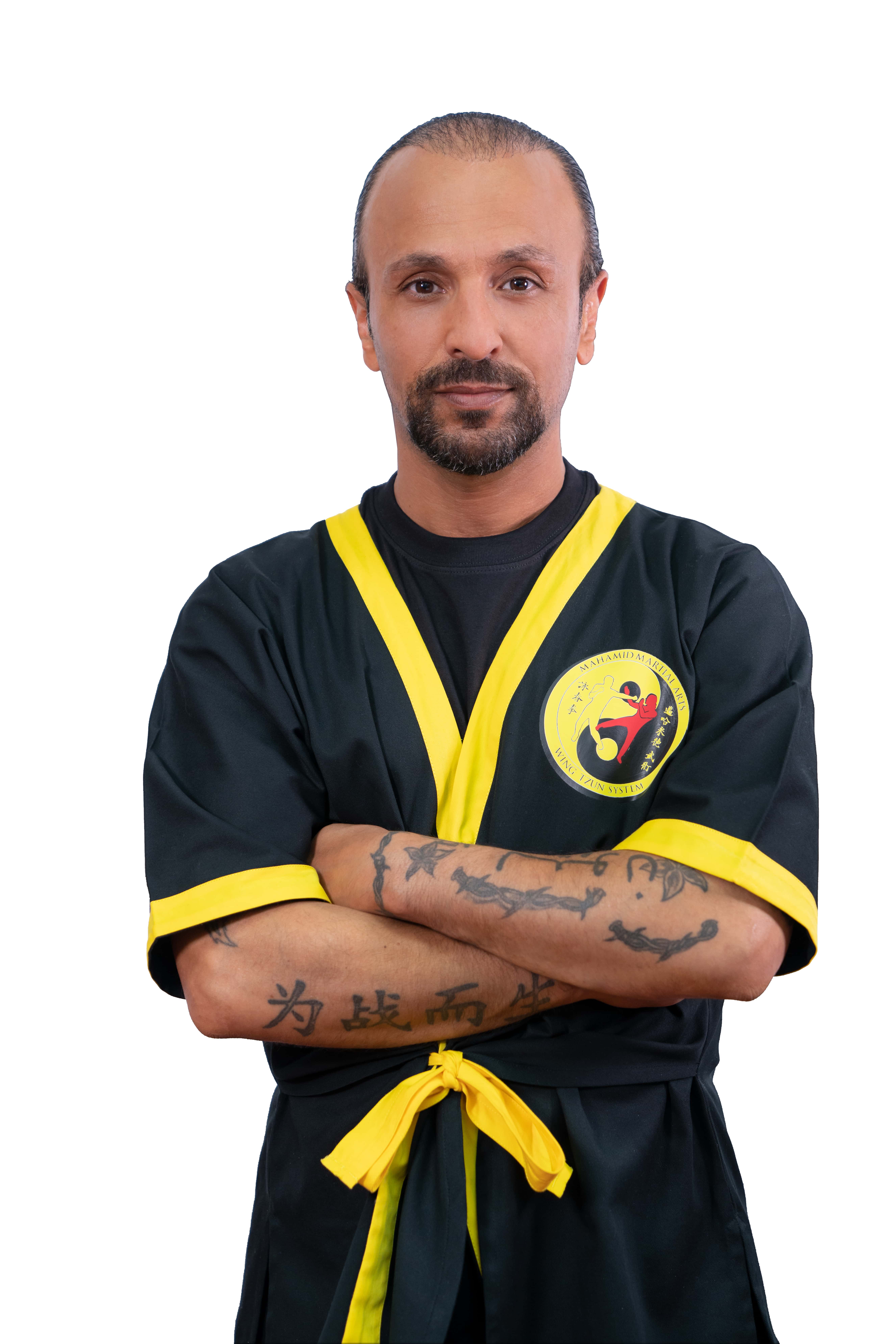 Hassan Mahamid, born in Damascus (Syria), came to Germany at the age of ten. He had already become enthusiastic about sport in general in his early years, but then developed a special passion for martial arts based on various martial arts films. His great idol here was and still is the martial arts legend Bruce Lee, whose movies, martial arts but also his attitude towards life influenced Sifu Hassan Mahamid very much. He started to train martial arts; from Tae Kwon Do, Kickboxing and Wing Tzun over Escrima, MMA and Brazilian Jiu-Jitsu up to Muay Thai. Later he stayed with Wing Tzun and Escrima, which he still runs today and which make up most of his training concept.

In the course of time Sifu Hassan Mahamid also gained his experience in other martial arts, for example in Tae Kwon Do and Thai Kickboxing, where he also competed in several successful fights. He also made a trip to the MMA/ Free-Fight, but only for himself, to explore his own limits and because he was attracted by the challenge. Later he went some time to Thailand to Kaewsamrit Gym Bangkok to learn the techniques and traditions of Muay Thai.

Today he is interested in martial arts, which are used for realistic and efficient self-defense. He has internalized the philosophy to avoid conflict in any case, if it is possible. If this is not possible, however, the conflict should be ended quickly and directly in order to avoid damage and waste no energy. Sifu Hassan Mahamid also passes this motto on to his students. He teaches that it is not cowardly to avoid a conflict, but that this is the most intelligent solution to a conflict. It is his main concern to help people by bringing them closer to the art of self-defense and supporting each individual in achieving their individual goals. This is especially true for the weaker in the sense of the physically inferior, such as women, children or seniors.